The international activity of the Minority Ombudsman

The Ombudsman for the rights of national minorities is engaged in international activities for the purpose of facilitating the presenting of the values of the Hungarian institutional system of protecting minority rights.

The law of national minorities offers many opportunities for international action, and these interfaces are more complex than in many other fundamental rights' areas. With the governmental and social bodies of the mother states of the national minorities, continuous communication is important and necessary to improve the situation of the domestic communities, and on the other hand, the bodies monitoring international minority law standards often request specific professional information from the deputy ombudsman to help their work. These relationships have mutual benefits, since domestic legal protection in many cases goes hand in hand with international law development activities: the results of other countries or bodies can in many cases be directly used in our work.

In view of the above, continuous communication with international organizations, professional bodies, experts and representative bodies is of paramount importance in the work of the ombudsman. It can be noticed that the number of programs related to the EU institutions has increased significantly, mainly due to the fact that several organizations have given priority to the situation of Roma living in Europe.

Among the foreign programs we have to highlight the regular annual meeting of the ombudspersons of the V4 countries. The ombudspersons of the Czech Republic, the Slovak Republic, the Republic of Poland and Hungary have been meeting each year since 2004 to discuss the content and form of the fundamental rights of each of the countries concerned, the current status of ombudsman activity, the results and challenges of the given period. 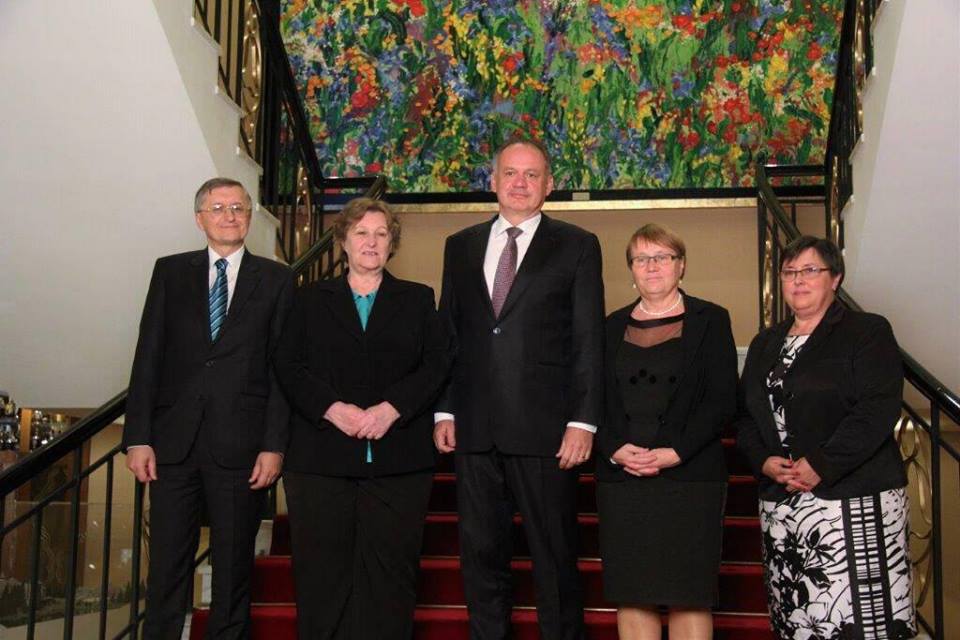 Meeting of the ombudspersons of the Visegrad Countries – Štrbské Pleso, Slovakia

In the recent years, the Minority Ombudsman or his accompanying staff have personally consulted, among others, with the following senior experts:

• Michael Forst, Special Rapporteur on the Status of Human Rights Defenders of the United Nations;

• Astrid Thors - High Commissioner for National Minorities of the Organization for Security and Cooperation in Europe;

• Tobias Zech - Special Rapporteur of the Parliamentary Assembly of the Council of Europe's Equal Treatment and Non-Discrimination Committee;

• Dan Stoenescu - Minister of the Romanian Government for the Rumanians abroad;

• Volkmar Wenzel - Ambassador of the Federal Republic of Germany to Budapest;

Meeting with the international delegation lead by Tobias Zech – Budapest

In addition to participating in domestic-organized programs with international content, a special event is worth presenting in detail. On November 9 and 10, 2016, the AJBH hosted a professional program organized by the European Network of Equality Bodies, hereinafter referred to as Equinet, on combating racial and ethnic discrimination. 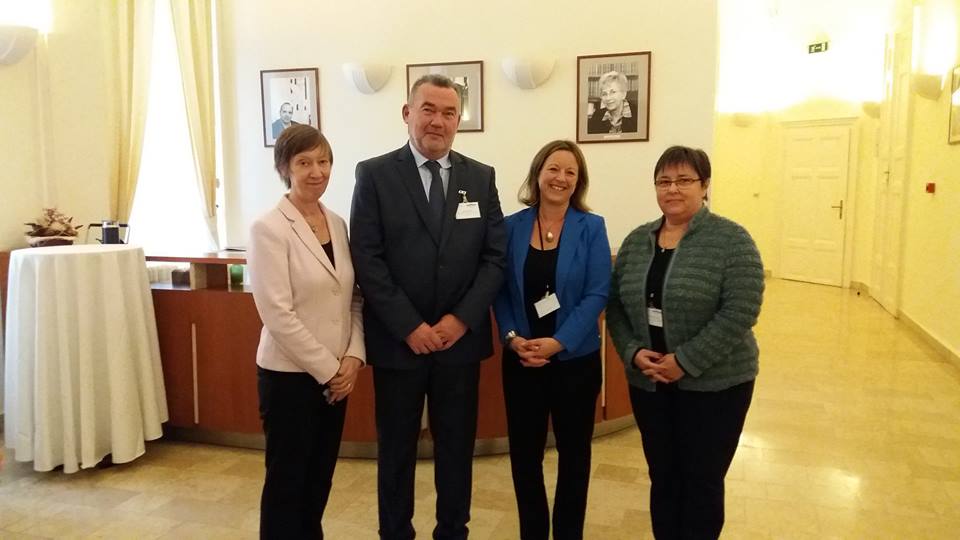 The Minority Ombudsman, as a representative of a national human rights institution, participated in the work of the United Nations Human Rights Council during the year 2016.

At the 31st session of the Council, a debate on the global situation of racism was linked to a video message sharing the experiences of Roma children in their educational segregation and drew attention to the fact that this issue does not only require a minority protection but also a child rights approach.

The Commissioner for Fundamental Rights, in the so-called Universal Periodic Review (2nd Period, April / May 2016), submitted a report to the United Nations Human Rights Council, featuring a separate chapter on the situation of the protection of national minorities in Hungary. The document highlighted the situation of the Roma.

On 9 October 2013, the Council of Europe, the European Union Agency for Fundamental Rights (FRA), the European Network of Equal Opportunities Organizations (Equinet) and the European Network of Human Rights Institutions (ENNHRI) in order to facilitate the broader enforcement of human rights and to carry out their national and international legal protection work in a more efficient and closer cooperation, agreed on creating thematic platforms. Taking into account European processes, human rights violations and challenges, platforms have been created along the lines of the human rights and equal opportunities of Roma, the situation of asylum seekers and migration, social and economic rights and hate speech. The Council of Europe coordinates the Roma, social and economic rights platforms, while the other two are under the coordination of the Fundamental Rights Agency.

The Deputy Commissioner has been involved in the work of the Roma Platform (OPRE Platform) since its inception in January 2015. The platform is aimed at advocacy and other lobbying activities, in addition to discussing professional issues and good practices. In 2015, experts from national human rights institutions met with international organizations participating in the platform on two occasions and defined their operational framework and shared their good practices. Agreements on the operation of a common website have been agreed. The third meeting was held in Athens on 7 and 8 June 2016 in the office of the Greek Human Rights Commission. At the two-day meeting, the representatives of the participating national human rights institutions presented their current Roma rights procedures, the cases and complaints in their jurisdiction, got acquainted with the situation of the Roma communities in Greece and the plans of the Council of Europe women's pilot project. In addition, operational organizations and the Organization for Security and Co-operation in Europe (OSCE) have formulated a joint resolution on evacuations, highlighting the need for local authorities to lawfully take human rights into account during evictions. They also wanted to emphasize that housing problems have a detrimental social, social health impact on vulnerable groups, especially the situation of Roma women, children and the elderly.

Similarly to the Social and Economic Rights Platform 2015 meeting, the Deputy Commissioner represented the office on 26 January 2016 at the second session of the platform: the situation of Roma communities and the educational segregation of Roma children is also reflected in the work of this platform.

The fifth workshop on the European Roma Information Office ("ERIO") was organized by the European Roma Information Office (ERIO) on 13 October 2016 on the subject of educational segregation for Roma children, whose participants were mainly representatives of national human rights institutions and equal treatment. During the whole day's workshop, staff members of the Minorty Ombudsman's Secretariate represented the office.

The European Network of National Human Rights Institutions has an observer status on the CAHROM (Ad-Hoc Committee of Experts on Roma and Traveler Issues) established by the Council of Europe, and in the twelfth plenary session (November 15-18, 2016) the Minority Ombudsman took part.

At the meeting of the Committee of Ministers of the Council of Europe on 25 May 2016 Elisabeth Sándor-Szalay, the deputy ombudsman responsible for the protection of the rights of national minorities in Hungary, has been elected a permanent member of the Advisory Committee of the Minority Framework Convention in acknowledgement of her several decades’ scientific and international legal expertise in the field of minority protection.

The Advisory Committee is responsible for examining and reviewing individual country reports on the rights of nationalities and, on the basis of these and on the basis of the experience of the on-site visits, comment on the measures and recommendations made by the States Parties to implement the Framework Convention for the Protection of National Minorities. The Advisory Committee is a panel of independent experts, with a permanent membership of 18 members. Members are selected by the Committee of Ministers as candidates proposed by States ratifying the Framework Convention.

Ms Elisabeth Sándor-Szalay’s mandate is for four years from 1 June 2016, during which period, as an independent and impartial permanent member of the Advisory Committee, she will have broader opportunities than before to continue her work as an international expert in the protection of national minorities' rights.