Hungary will chair the Council of Europe's Committee of Ministers in Strasbourg from 21 May to 17 November 2021. The promotion of effective protection of national minorities is a priority in the Hungarian Presidency's draft programme, and a high-level conference on Council of Europe norms and standards on national minority rights: results and challenges was jointly organised by the Council of Europe and Hungary on 29 June, in which the Minority Ombudsman participated as a key expert. The event focused on a complex discussion of professional experiences related to the Framework Convention for the Protection of National Minorities and the European Charter for Regional or Minority Languages.

The event was opened by welcoming speeches by Marija Pejčinović Burić, Secretary General of the Council of Europe and Gergely Gulyás, Minister of the Prime Minister's Office. The experts and speakers shared their thoughts with the audience and the online audience in three panel discussions. The full conference can be listened to below:

Speaking notes of the Minority Ombudsman are available via this link in Hungarian and English.

The first panel was a professional discussion on the functioning of the Council of Europe's monitoring mechanisms for the protection of minorities: the speakers, all acknowledged European experts, spoke about the difficulties and challenges they have faced in their work, as well as the results achieved. The moderator of the panel was Snežana Samardžić-Marković, Director General of Democracy at the Council of Europe, who underlined that the conference aims to assess the implementation of standards affecting national minorities and to follow up the 2018 conference "Minorities and Minority Languages in a Changing Europe", organised under the Croatian Presidency of the Committee of Ministers. 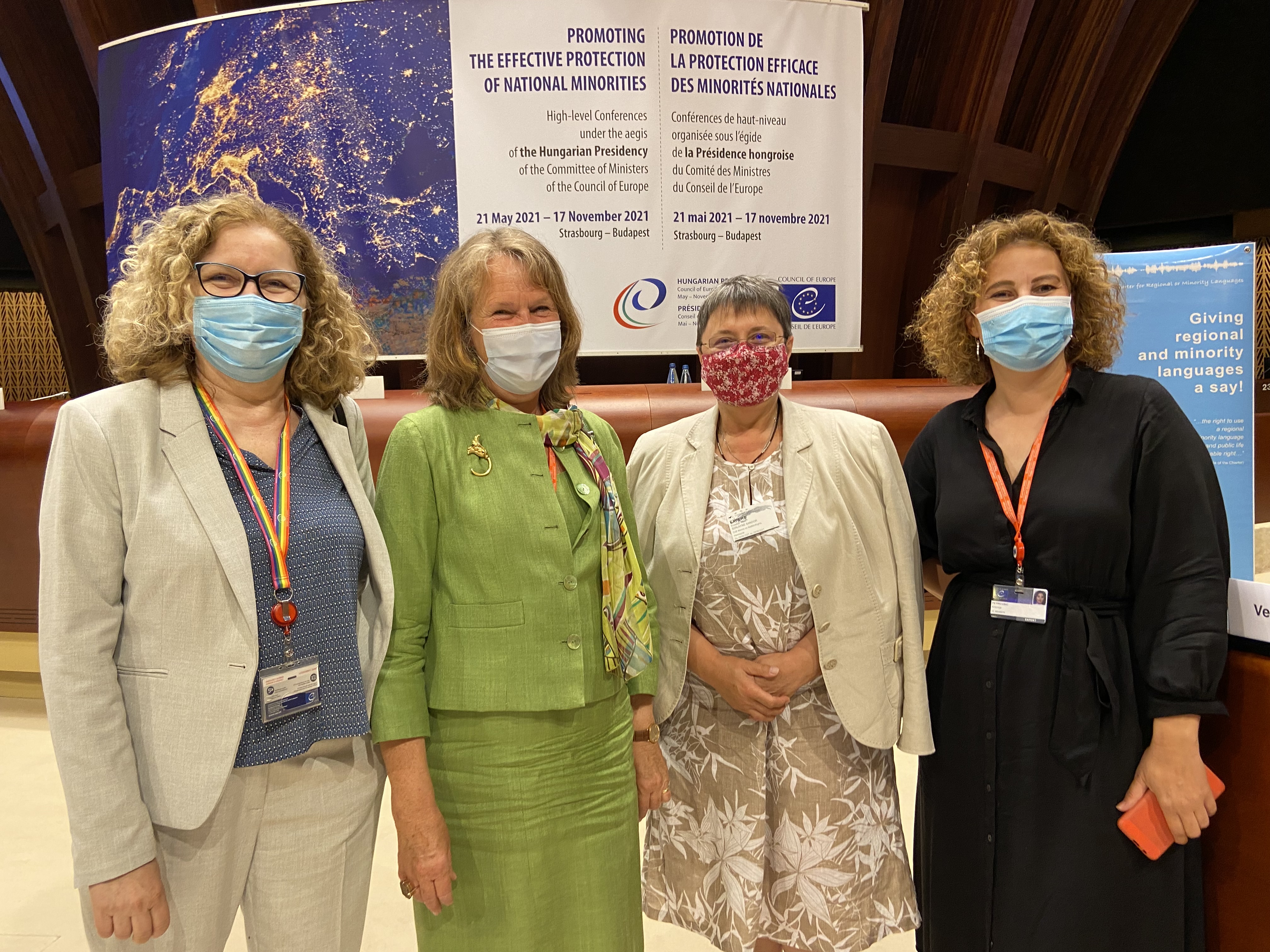 After the Q&A session, the conference ended with a closing speech by Bjørn Berge, Deputy Secretary General of the Council of Europe.

Ferenc Kalmár, as the chair of the conference, summarised that the total number of participants who had joined the conference via the online systems and those who had attended in person had exceeded 200. He also announced that the second conference on the protection of minorities, organised under the Hungarian Presidency, will take place in Budapest on 7 September 2021, entitled: The role of NGOs and research institutions in promoting the Council of Europe's norms and standards on the rights of national minorities.
information in
minority languages
for children and
the young ones
minorities in
hungary